This New App By Facebook Allows You Predict The Future

Welcome Reader. During the week, a new app has been released by Facebook Inc. and this new app allows your to predict the future. Now, this isn't vodoo or any yeye magic stuff as this app makes use of the votes on the questions of others. 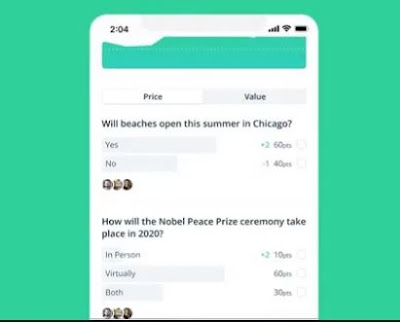 Now according to Facebook Inc. they have this to say :

“Forecast is a community for crowd sourced predictions built to harness the power of collective insights starting by furthering our knowledge of COVID-19 and its impact on the world,” said Facebook.

However, on this app you could get questions on the range of politics, sports, economics and entertainment amongst other things.


“We’ll be approving users in batches, starting with members of the health, research, and academic community in the US and Canada,” said Facebook.

Now, the purpose of the Forcast app is unknown although we are told that the app predicts the future.

Facebook has been under great criticism because of the fake news and misinformation.