Step By Step Guide On How To Display Your Android Screen On Tv
Welcome Reader. Now, we're talking about the Android Cast Screen Here and this tutorial is bound to work if you already have a Chromecast attached to your TV set or you are using a smartTV that supports mirroring which is also compatible with most smartphones. 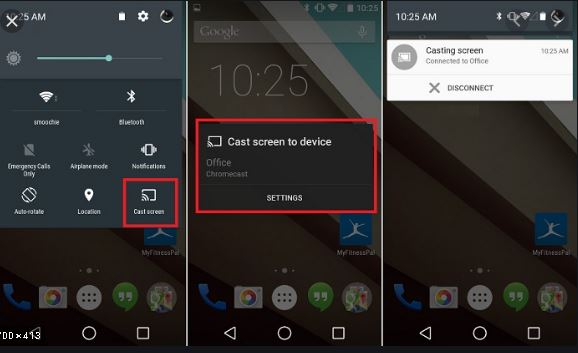 Now to be truthful guys, i think you have been seeing this cast screen feature on your smartphone but never tried to check it out or maybe you don’t even know what cast screen is all about. We’ll guide you through how to use this interesting option.

What is Cast Screen?

It is a smart technology that allows a person to display or cast whatever is visible on his/her device’s screen on another screen and this is mostly done wirelessly using the Wifi option.

Screencast varies with different companies-Intel has their proprietary Intel Wireless Display (WiDi) for Laptops, Apple has its AirPlay protocol, and there is indeed an open standard too-Miracast which is for Android/Windows Phone.

How To Make This Work

1. Make sure you are connected to the same Wireless LAN/WiFi network on both devices (SmartPhone          and TV)

2. Turn on the screen mirroring feature on the display you want to cast to, the host display starts a program         that acts as a “server” to handle the exchange of screen casting data.

If there are more devices connected to that Wireless network, they’ll equally display.

3. Press the “cast screen” button on your phone or tablet, and it will try to identify all devices that are on          the same wifi/WLAN network and are running a screencast server on their system.

3. Now once both the device and the display have been connected, a cast screen connection will be initiated.

How to Mirror Your Android Device to TV 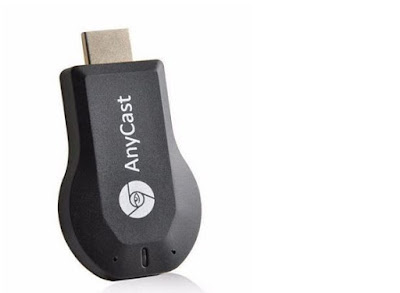 To Mirror your Android device to a TV set, make sure your TV set is Miracast supported or simply get a Chrome Cast dongle from any of the stores online, it is within the price range of N5000 – N7000.

You could buy this piece of Tech from either Jumia or Konga.

Ask your Questions if necessary...