Meet The Image That Can Crash Your Smartphone

MEET THE IMAGE THAT CAN CRASH YOUR SMARTPHONE
Welcome Reader. This is actually a warning for those of us who love changing our wallpapers always. With the emergence of this new malicious wallpaper, you should be more careful because this particular image will actually soft-bricked your smartphone real bad. 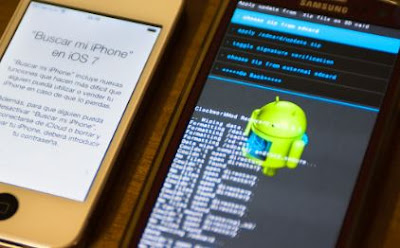 When your device is soft bricked or crashed, it might show signs of life but won’t boot successfully or may display an error on the screen.

Now Why Is This Image Malicious?

According to several research, the issue is caused by the color profile of the image, which exceeds the bounds of what Android can handle, causing a crash. This image is known to affect smartphones from Google, Samsung, OnePlus, Nokia, Xiaomi, and more, but this usaully have different effects on each of them.

When I tried to upload the original image (left) to Weibo, I found that its color to change (right). At this time, the image became harmless, but when uploaded to twitter, the original image still does not change color, still harmful. So I suspect it may be related to color gamut pic.twitter.com/0A1PlUqlpv
— Ice universe (@UniverseIce) May 31, 2020


This particular image was recently reported by a known leakster, Ice Universe, on Twitter.  Huawei handsets were reportedly not affected by this issue, DO NOT try this with your smartphone. If you eventually try it, na your phone matter we go settle.

As the case is now, booting your smartphone into safe mode won't even solve the issue.

How To Solve This Issue

The guys at Android Authority tested it on his Pixel 2 and he got a message saying the phone can’t boot and offered the option to try again (which I did with no luck) or factory reset the device.

Eventually, the factory resetting the device fixed it. You shouldn’t try this if you have such an image on your phone.

Thanks For Your Time...