How To Know If Your Infinix Mobile Is Real Or Fake

HOW TO KNOW IF YOUR INFINIX MOBILE IS REAL OR FAKE
Welcome Reader. It isn't news that lot of us are using Infinix mobile which is a probable popular brand worldwide. and recently, Note 7 was actually released with a gaming chipset and the hunt has began again. 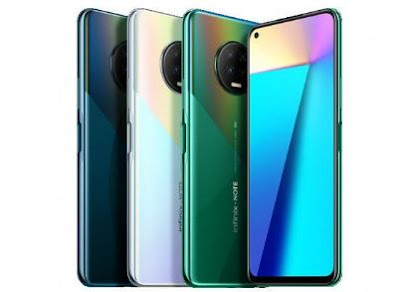 The reason why your Infinix smartphone lags a lot, battery drains a lot, or poor network coverage might be that its fake and am pretty sure that many have purchased these fake phones without knowing it and when some of the afore mentioned issues arises, they  actually think that it's normal but it isn't.

Just like Tecno and any other model of smartphone , fake phones are everywhere in the market and i can assure that merely looking at them isn't enough to identify if they are fake or not and because of the excellent disguise which these Infinix smartphones take,  Transsion holding had to come up with measures to identify these fake phones before you buy them. At least the IMEI is visible on the pack.

How to Verify if Your Infinix Phone is Fake or Original


How to Get Your IMEI and VC Code

And to find your VC number you will have to check on your battery or the back of the phone. Before you buy any other Infinix mobile phone, make sure you perform the steps above so that you won’t fall victim to fake counterfeit phones.

Ask Your Question, if there is any and have a nice day ahead...