FACEBOOK TO INTRODUCE LITE APP FOR IOS DEVICES
I hope you know that we are in 2018 (lol) and the facebook team know that they are lacking in the IOS sector because they don't have an IOS facebook app yet. 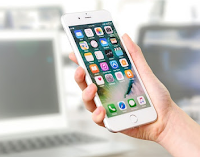 We all know that the facebook lite app only help to render huge service on small data scales for low-end smartphone. I know that since i was born, i haven't seen a low-end iPhone device. So facebook team will be working on an IOS based Lite app that will tend to reduce data usage for IOS users in countries where data cost are very high.

This app is just 5MB in size which means that it won't cost much data and will take up less storage on the great IOS device.

So what's on your mind??