Hello Techies. One of the best gaming brand nubia, partially owned by ZTE, i think is working on it's next flagship device which would come with a  Snapdragon 8 Gen 2 chip. A noted tipster now claims the new Red Magic 8 Pro will also have a under-display camera, faster wired charging and a bigger and better battery. 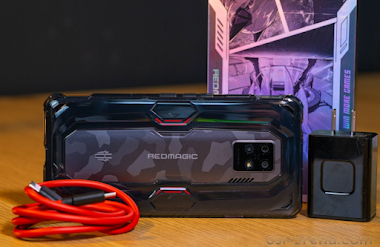 The new flagship device will be shorter, thinner and narrower compared to the current flagship nubia Red Magic 7S Pro. The device has been rumored to have a 6.8” OLED flat screen, the same as the predecessor.

The selfie camera sensor will retain its 16MP resolution, with changes expected to happen in the panel overhead, allowing for a clearer picture and better video quality. The cameras on the back will remain three - 50MP main, 8MP ultrawide and 2MP auxiliary camera lenses.

The battery is said to have two versions - one with 5,000mAh capacity and another with 6,000 mAh. The Nubia Red Magic 8 Pro will support 165W wired charging, and we can only assume it will be for the smaller version, as it was already certified at 3C.