Welcome Reader, Just few days ago, video of Elon Musk entering into twitter headquarter rocked the internet this mean that he has fully taken over twitter. 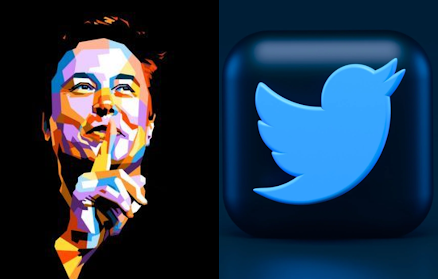 According to the latest reports reaching us, Elon has officially sealed the deal to purchase the firm for $54.20 per share, or approximately $44 billion on Thursday night, as per reports from WSJ, CNBC and other news source.

In regard to change of office managment, Elon Musk has fired current CFO Ned Segal and CEO Parag Agrawal and Twitter’s head of legal policy who made decision to ban Trump’s account some years back, Vijaya Gadde.

On Friday, there will likely be an all-hands gathering of workers. Musk posted a video carrying a sink when he arrived at the Twitter headquarters earlier this week and tweeted,

Now Ex-Twitter CEO Parag Agrawal will receive a whopping sum of $42 million after being having been sacked by Elon Musk. Ironically, The bird is finally freed…

Lets hear your comments below...