Whatsapp To Roll Out Two Great Features This November

WhatsApp has announced that it will be rolling out some major updates which are a disappearing message feature and a send and receive money feature. T

Welcome Reader. WhatsApp has announced that it will be rolling out some major updates which are a disappearing message feature and a send and receive money feature. The good news is that the feature is now rolling out to users this December. 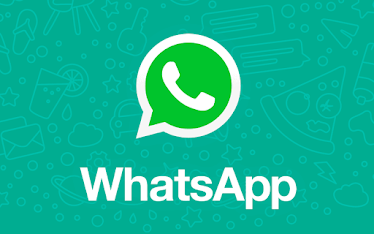 This great and interesting feature has been been in development for many months and its finally ready to be rolled out globally to everyone worldwide over the next few weeks.

Now let's look at these great features that have been released by Whatsapp this November.

This disappearing message feature itself is quite simple to understand and know how it works. Once this option is activated, any messages sent henceforth will be deleted from the chat on both the phone and server-side, after a period of 7 days. and this feature is applicable to both Private chats and group chats. 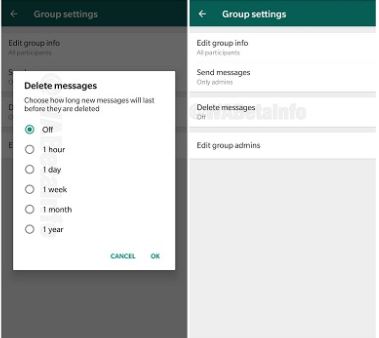 How to Activate Disappearing Messages on Whatsapp

Disappearing messages can be toggled by either participant and in group chats and can only be activated by group admin. Simply tap the contact or group name on the chat screen, select disappearing messages, and accept when prompted.
TRENDING: 10 DETAILED HACKS TO KEEP YOUR PC AND SMARTPHONE ALIVE
WhatsApp pay systems allows you to send and receive money securely and through WhatsApp within your chat with family, friends, and businesses and this great feature was earlier Launched around mid-June 2020. 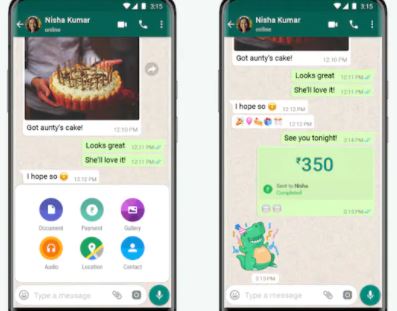 WhatsApp designed the Whatsapp Pay feature in partnership with the National Payments Corporation of India (NPCI) using the Unified Payment Interface (UPI) which is a real time payment system that enables transactions with over 160 supported banks.
WhatsApp initiates the monetary transaction by sending instructions to banks involved in the transfer also known as payment service providers and that initiate the transfer of money via UPI between sender and receiver bank accounts.
This feature should be available to users in the coming weeks.