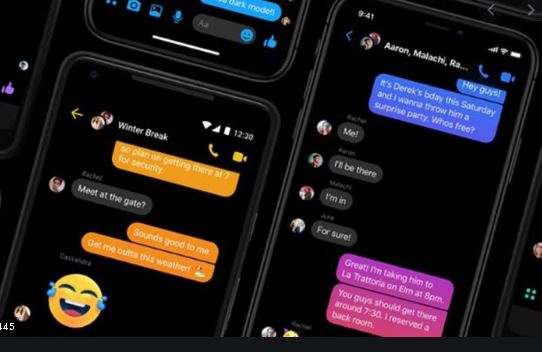 According to Facebook, this feature has been rolled out just to few iOS users which means that other might have while other iOS are yet to get this great feature.

This new Facebook dark mode feature for mobile comes after the company unveiled it in the month of March during its WhatsApp mobile app event.

Although this interesting dark mode feature is not available to everyone yet even those on the Android OS. Anyways, some users already have access to it. To turn on the Facebook’s Dark Mode on your iPhone or iPad device you just need to go under the menu tab after launching the app.

Steps For Turning The Darkmode Feature On:


Just tap it to join the dark mode gang.

Now in case you didn’t see a Dark Mode option on your app, don’t be scared. The feature will surely get to you. This could take months as the android version which was rolled out in January hasn’t gotten to everyone on the Android OS platform yet. While we can’t say exactly when, we know it will eventually come. Just wait for it.